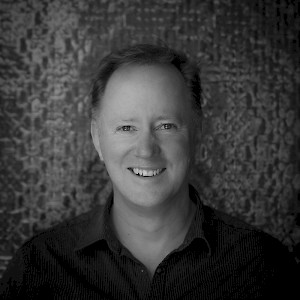 Carl van Wijk has been a Creative Director in the advertising industry since 1983. He has worked for many multinational advertising agencies in New Zealand, Australia and Japan.

Where did you get your first creative break?

I started my career in Auckland. I graduated with a 3 year graphic design degree with honours and picked up a job as a junior Art Director at one of New Zealand's largest Ad agencies

What excites you about illustration?

Illustration allows for the imagination to run wild and explore limitless new worlds in a way no other medium can.

What makes for great advertising illustrations?

Works that are striking and tell a nice story about the product or service. While illustration is art it shouldn't be decoration. It needs to be compelling and have a purpose.

Do you have a favourite project or client that you’ve worked with?

Working on car brands is a passion of mine. It’s super competitive and challenging to win a consumer's heart when deciding to purchase such an expensive item. So whenever I’m creating advertising or content I enjoy creating new and innovative ways to communicate a compelling message.

You’ve won an impressive list of awards. What do you think awards and accolades can bring to an illustrator’s career?

For me it’s not so much about winning the award but more about the motivation and pursuit of a great idea. Peeling away at the layers and crafting a piece of work til you reach that eureka moment. Then the recognition for that idea is what should spur any creator to try achieve the same result on the next project.

What do you think is the biggest issue facing creatives at the moment?

Devaluing of creativity. With the plethora of stock libraries and visual assets along with the competition of services available online it makes it all the more difficult for Creatives to make a living while remaining creative.

Being involved in the creative industry is a wonderful world to be in. The opportunities are endless. The global market is fiercely looking for one-language communication solutions and Illustration has a huge part to play in that process.